How to throw a Mexican dinner party at home 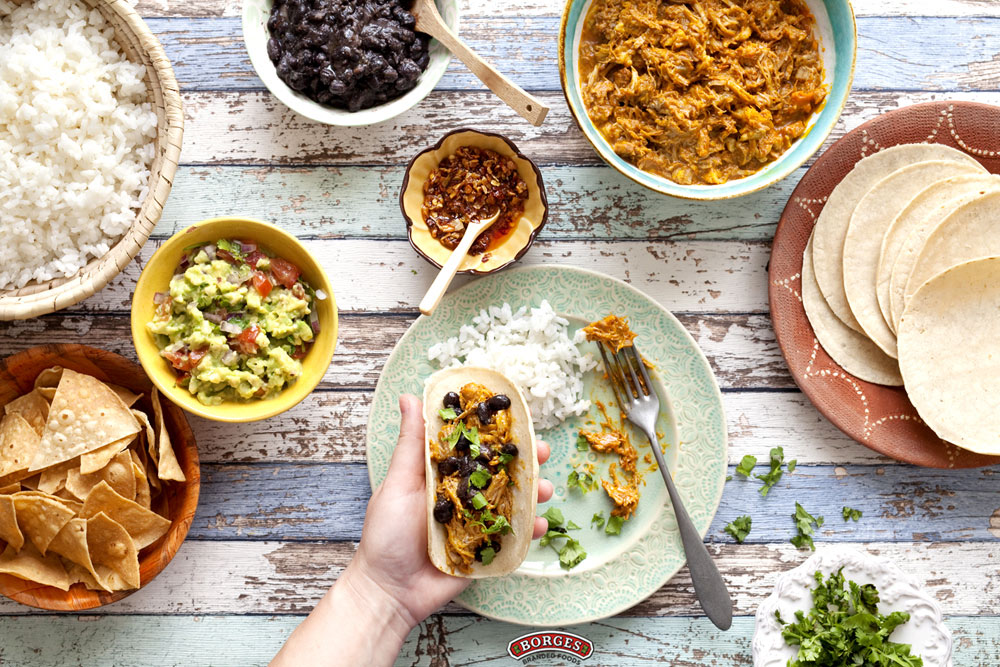 We’re big fans of Mexico and we love Mexican dinner parties, so how about throwing one of our own? Here’s how: design a red, white and green colour scheme (keep it classy rather than tacky), put together a Playa Paraíso playlist and draw up a simple but impressive menu (don’t forget tacos and guacamole). Órale!

The idea is to organise a taquiza, a buffet with ingredients for everyone to make their own taco. Put out corn and flour tortillas (make sure you keep them warm, or don’t put them out all at once so they won’t get cold), along with different fillings. This should create an enticing atmosphere around the table that will spark conversation and encourage guests to interact. Some cold beers and margaritas should do the rest.

No Mexican dinner party would be complete without these two classics: mole, from Puebla City, as a paste or powdered, mixed with pulled chicken; and cochinita pibil, a typical recipe from the Yucatán Peninsula, made from pork seasoned with annatto seed. This is how you make cochinita pibil: first marinate the pork loin for between at least one and preferably up to twelve hours in the fridge, using a marinade made from the juice of one orange and one lime, a pinch of cumin, oregano, extra-virgin olive oil, two spoonfuls of vinegar and 80 g of annatto paste (for 1 kg of pork). Bake in the marinade en papillote for about 60 minutes at 200 ºC. Once ready, cut into slices and pull apart with your fingers. Mix with any remaining marinade. Accompany with a sauce made out of dried chilli—rehydrated, chopped and deseeded—finely chopped red onion, the juice of one lemon and a pinch of salt. Serve the sauce separately so that everyone can add their own to taste.

Rice, beans, and totopos and guacamole!

In addition to meat, Mexican cuisine also includes other tasty dishes featuring rice, black beans, crunchy totopos (nachos) and, of course, a good guacamole. For every four avocados, you’ll need one spring onion, two tomatoes, one lemon, salt and half a spoonful of coriander. Finely chop all the ingredients and then add the avocados. Mix together and you’re good to go! If you want to give it an extra spicy punch, add some finely ground chilli.