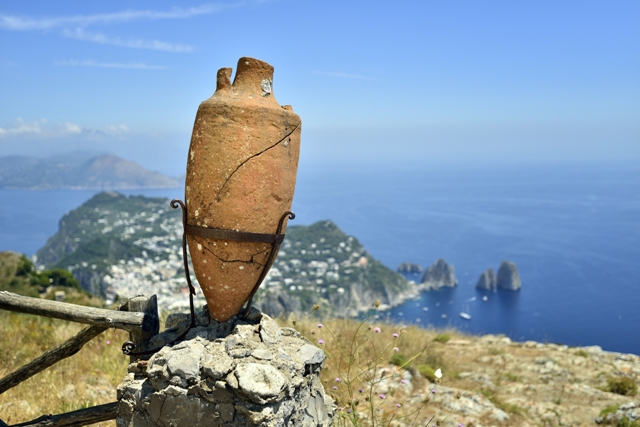 As a millenary product, olive oil has arrived to us after centuries of cultivation, use and consumption across different civilizations. Nowadays, we find very normal, and even necessary, dressing or seasoning our dishes with olive oil, a habit that was originally brought to the kitchen thousands of years ago by the Greek and Roman cultures.

The olive tree and its fruit were then source and example of wealth and welfare. Hence the oil proved to be a revered product both in classical Greece and Ancient Rome and was used as an indispensable ingredient in almost all foods. After eating some olives as an appetizer, oil, bread, wine and honey were then – and are still now in many cases-, the mainstay of nutrition and Mediterranean diet. That is their true value and better example of the importance and quality of these products, present today in almost all kitchens.

To obtain olive oil, different types of olives were picked when they acquired a blackish hue. In the Mediterranean, this was usually done in January. Depending on the cultivated and pressed olive, a different use was given to the oil obtained. Oil coming from green and black tone olives were, in that sense, the most suitable for cooking certain dishes. As Pliny the Elder (23dC – 79 AD) said: “use pure olive oil for cooking as well as to flavor uncooked products”.

For Greeks and Romans olive oil was the star in their meals, as they included olives in most entrees and salads, always well dressed with oil of the highest quality. This also was essential for the development of all sauces that enriched dishes with vegetables and even different kinds of dough or pasta.

The emergence of oil in their daily gastronomy, made lard fell into disuse and thus meals became much healthier. In fact, it is already a common practice in contemporary cuisine, where olive oil is the key to healthy, nutritious and tasty food.