PREDIMED study and the benefits of a Mediterranean Diet 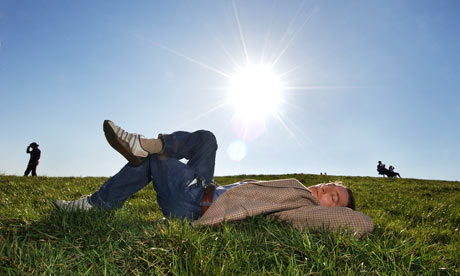 Borges has taken part with its products in a major study of the Mediterranean diet. This is part of the PREDIMED study, which confirms that the Mediterranean Diet, supplemented with nuts such as almonds, hazelnuts and walnuts, and extra virgin olive oil, reduces by up to 30% the chances of suffering serious cardiovascular illnesses such as strokes or heart attack, or death due to cardiovascular diseases.

The study adds new value to the business mission of Borges International Group, “As it corroborates that consuming its products contributes to increased longevity and quality of life for the population.” For the Group, “It is of fundamental importance to cooperate in studying the effects and values its products offer consumers in the more than 130 countries where Borges Mediterranean Group is present.” For Borges, the Mediterranean diet has always been linked to a healthy lifestyle and now, thanks to this study, we have scientific proof of this fact.

Borges Mediterranean Group has already earned recognition with its fostering and support for scientific research such as the Prize for Best Initiative in the Food Industry, awarded by CCNIEC, The Catalan Nutrition Centre of the Institute for Catalan Studies.

With this new information, it will be possible to recommend some of its products such as extra virgin olive oil and nuts to prevent cardiovascular illness and make them a habitual part of the diet as a way of improving quality of life. Borges Mediterranean Group, “present in many of the producing areas, markets over 100 basic products in the Mediterranean Diet. This represents a value which is increasingly appreciated and has more and more fans and consumers around the world.” Borges Mediterranean Group exports 72% of its sales and is building up its business in countries like India and China, hitherto unaware of the properties and features of our diet.

Information about the study: “Primary prevention of cardiovascular disease with Mediterranean diets.”

The PREDIMED study was conducted by various research groups belonging to different Spanish universities and hospitals. It was published in the “New England Journal of Medicine”. Published by the Massachusetts Medical Society, this is considered one of the leading medical journals in the world.

It was a multi-centre clinical test, randomised and monitored, carried out over a 5-year period. A total of 7,447 people aged between 55 and 80 took part in the study, 57% of them women. All the participants had a high risk of suffering a cardiovascular illness but had never had any kind of cardiovascular accident before. At random the participants were made to follow three diets: a Mediterranean diet supplemented with olive oil, a Mediterranean diet supplemented with a mixture of nuts and another low-fat diet. The participants regularly received educational sessions on their diet, both individually and in groups and, depending on the group, free supplies of extra virgin olive oil or mixtures of nuts (almonds, hazelnuts and walnuts) or, in addition, small non-food gifts.

These conclusions are part of the PREDIMED Study, a long-term project carried out by 16 research groups in 7 regions of Spain between 2003 and 2011 to assess the effects of the Mediterranean diet on primary prevention of cardiovascular diseases in high-risk subjects.