4 SNACKS TO KEEP HUNGER AT BAY 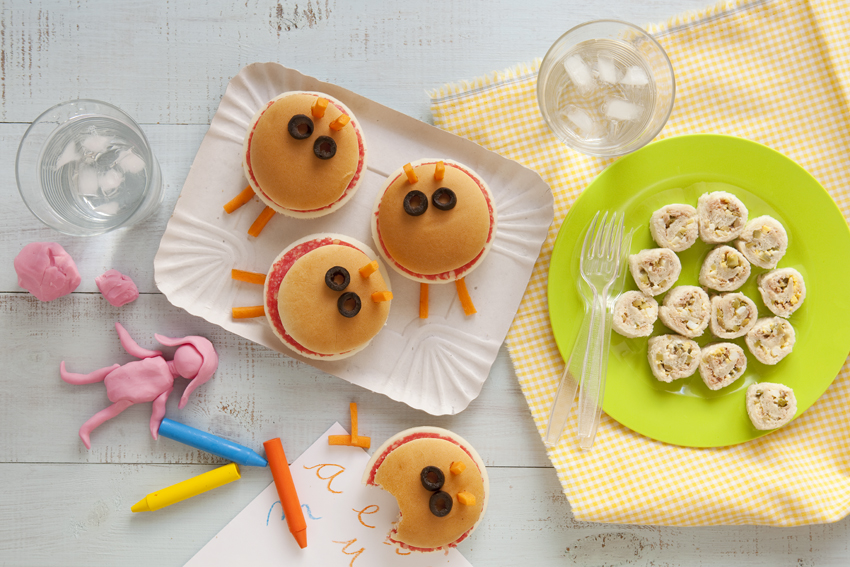 Pizza, sandwiches, hotdogs, tortilla chips and dip. If these are your only solutions when your children’s, nieces’ or nephews’ stomachs start rumbling, this post is for you. It’s a fun, original take on these four classic snacks and comes with the seal of approval of food journalist Toni Monné, author of Pica pica. 15 menús para comer con los dedos, [15 Finger Snacks], published in Spain by Lectio Ediciones. Finger food is always a hit with kids.

Make classic chicken and chips one of your kids’ favourite foods. How? Clean 4 chicken breasts and cut them into strips. Dip them in beaten egg and then coat with broken crisps. Pop them into the oven and cook until golden. Serve with ketchup and mayonnaise.

Do you know where the name hotdogs comes from? Well, in the United States in the 19th century, German immigrants began importing sausages and selling them on street stalls to great success. Somewhat riled, Americans started to make jokes about the meat used in these sausages, insinuating it wasn’t only pork… While you’re telling your kids this story, start.

Sliced bread is the king of children’s cooking—the star of any breakfast or afternoon tea. We can add ham, cheese, sausage, chocolate paste, pâté… But how about switching things up a bit? Try buying crustless bread or cutting off the crust yourself, spreading on some mayonnaise, adding some tuna, hard-boiled egg, gherkins and finely chopped pitted olives. Cut each slice in half and roll it onto itself to make little cylinders. Wrap in Clingfilm and leave to cool in the fridge for an hour or so. Take them out, cut into slices and serve. Stand back and watch.

Little Martians or brioches in the shape of flying saucers

Brioches are another must in every parent’s kitchen cupboard these days. They certainly are in ours. This recipe really is out of this world, because kids not only find it delicious but also love playing as they eat—and I don’t mean playing with their food. Cut the brioches in half and spread on some mayonnaise. Use a drinking glass or circular pastry cutter to cut out some circles of semisoft cheese to be slightly larger than each brioche. Fill the brioches with the cheese circles and slices of salami. Next make two little holes in each brioche and stuff half a pitted olive in each one to make an eye. Finally, peel some carrots, chop them into little sticks and stick them into the top of each brioche to make the flying saucers’ antenna and into the bottom to make the landing gear.